You are here: Home / About
Print-friendly 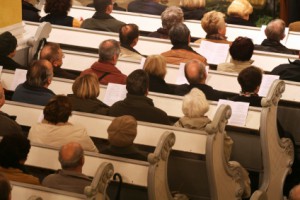 Religion Watch looks beyond the walls of churches, synagogues and denominational officialdom to examine how religion really affects, and is affected by, the wider society. For this reason, this resource has been praised by professors, researchers, church leaders, journalists and interested lay people as a unique tool for keeping track of contemporary religion.

It is through monitoring new books and approximately 1,000 U.S. and foreign periodicals (including newspapers from across the country, newsletters, magazines, scholarly journals and the Internet), and through first-hand reporting, that Religion Watch has tracked hundreds of trends on the whole spectrum of contemporary religion.

Founded in 1985 by Richard Cimino, Religion Watch was published independently until 2008, when it came under the sponsorship of Religioscope Institute, run by Jean-François Mayer. In 2013, the newsletter moved to the auspices of Religion Newswriters Association and the Center on Religion and the Professions at the University of Missouri, headed by Debra Mason. In February of 2016 Religion Watch became a publication of the Institute for Studies of Religion at Baylor University.

Published every month, Religion Watch‘s digital content is unique because it focuses on long-range developments that lead to, and result from, global current events from a wide range of published sources, as well as reporting from conferences and other events. This site includes a vast archive of more than close to 2,000 articles published during the past three decades. These articles are searchable by subject as well as by issue.

The archives on this site were created by our former publisher Religion Newswriters Association. We are grateful to Debra Mason and her staff for their generosity and expertise in building the archives and then handing them back to the editors, thereby sustaining a helpful research tool for students of contemporary religion. 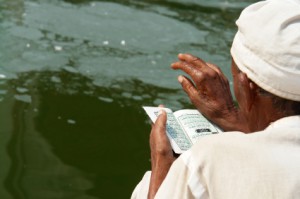 What Are They Saying About Religion Watch?

“Many of my colleagues think I read everything. The truth is that the people editing Religion Watch read most of it for me. RW is the most valuable of all my subscriptions.” — Rodney Stark, Baylor University

“By far the most interesting and reliable publication of its kind.” — Robert Ellwood, University of Southern California

“I read your publication with interest . . . and it contributes in important ways to my own writing.” — Richard John Neuhaus, First Things magazine

“A superb report on breaking issues in religion before others even notice them.” — Clark Pinnock, McMaster Divinity College