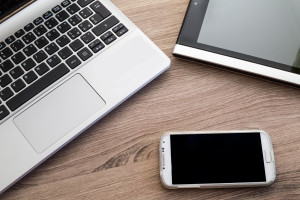 Haredi rabbis continue to fight a losing battle against the spread of digital tools within their communities, reports The Economist (Sept. 5). In late June, the Council of Torah Greats, a gathering of respected ultra-Orthodox rabbis, enjoined pious Jews to stop using the smart phone application WhatsApp as well as to buy only smart phones programmed with filters able to keep out any service that has not been rabbinically approved. Those persisting in using non-kosher devices would see their children expelled from ultra-Orthodox schools. As the report notes, modern media present many challenges for religious leaders wanting to keep their community immune from mundane influences. While it was relatively easy to ban television, the rapid development of the Internet raised new issues; computers were reluctantly approved, because they are necessary for work. Now it seems that prohibiting Internet connections has become impossible with the advent of smart phones.

There are two consequences to this development. On the one hand, mobile-phone providers have agreed to market “kosher connection” smart phones with filtered apps and information, as well as their own group of phone numbers and ringtones in order to make sure that Haredis will use them. On the other hand, many young people are not eager to obey such edicts; they may buy two mobile devices, one for contacts within the community and another one for connecting with the outside world. There have been other cases of religious groups attempting to insulate their followers from the Internet, but it has proved impossible in the long run for most of them; accommodations or concessions had to be made, which shows even the power of modern technologies affect the way of life of conservative religious groups.