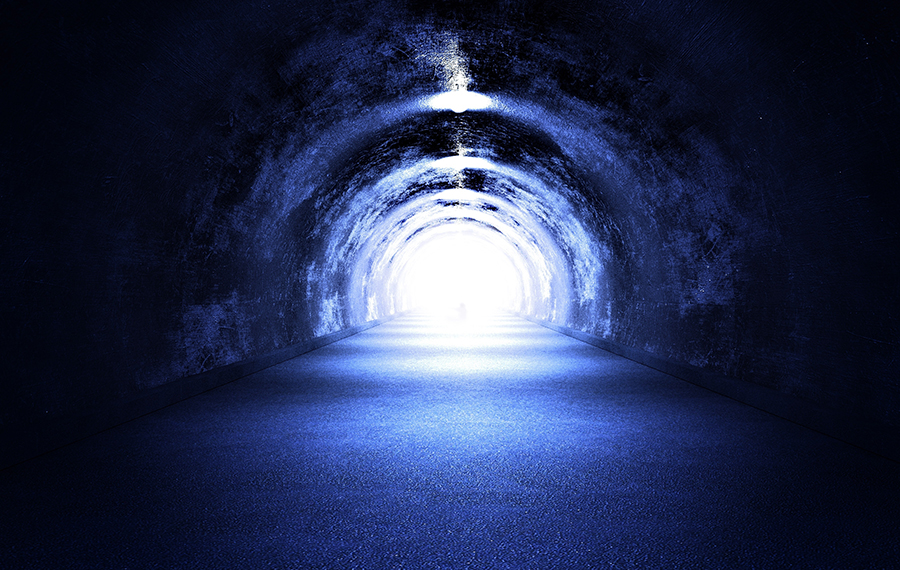 It might not be too unexpected to find that the next expression of the New Age movement expanding among aging baby boomers is near-death spirituality and practice, but more surprising is that its one-time strong evangelical supporters are increasingly divided about the phenomenon, according to two studies. At the recent meeting of the American Academy of Religion in Atlanta, attended by RW, Michael Kinsella of the University of California at Santa Barbara presented a paper on “shared near-death spirituality” based on one of the first ethnographies of the phenomenon. Kinsella studied a shared near-death experience group in Santa Barbara as well as looking at its nationwide growth and found that its gaining a place in established medicine. It’s called “shared near-death experiences,” because members share their experiences and other personal revelations with each other and engage in hypnosis and regressions in workshops. Kinsella found in his research on the Santa Barbara NDE group—the “most successful one in the world” that the members’ average age is 61 and they tend to be white, female, and more upper class than most New Age practitioners, with a clear tendency to make a sharp distinction between religion and spirituality.
In many cases, the participants in the group have not had actual near-death experiences, but rather share accounts of near death from past lives and personal revelations—“there is no such thing as a coincidence” for members, Kinsella says. The shared death experience is increasing in the group, with 80 percent claiming it, compared to 70 percent a decade ago. Members tend to draw on other alternative spiritualities, including spiritualism, Buddhism, and transpersonal psychology. Through the Shared Crossings Project, members are working with hospices and the larger end-of-life movement, but tend to exert their influence “under the radar as a way of respecting people’s deaths.” They have stripped some of its “metaphysical aspects to make it more accessible, such as by stressing forgiveness” to hospice patients, Kinsella says.
Meanwhile, near-death experiences are falling out of favor among evangelicals, according to a paper by Joshua Wright of the University of Colorado. The Southern Baptist Convention recently condemned the near-death experience phenomenon and several popular books on the subject have been pulled from the shelves of Christian bookstores. The recent turn against the NDE literature is marked by an opposition to new revelations and possible occult themes. Since the 1990s, “after-life tourism,” with even accounts of people visiting hell, have flourished, especially among charismatic Christians. Thus the recent turn against NDE’s among a segment of evangelicals may be more about the growing divide between “Reformed Biblicists” and charismatics, making the phenomenon a “site of contestation about secularism and pluralism,” Wright concludes.