You are here: Home / Archives for Archive

The global expansion of Mennonite and other Anabaptist churches in recent decades has not come at the expense of their emphasis on peacemaking and conflict resolution; in fact, such values are important in spawning “neo-Anabaptist” networks existing outside of official Mennonite bodies, writes John D. Roth in the current issue of Mennonite Quarterly Review (April). […]

The growth of children preachers in Latin American evangelical churches is filling a special niche, creating a new kind of charisma based on innocence, reports the New York Times Magazine (July 14). The Assemblies of God has been the main denomination nurturing an estimated thousands child preachers in Brazil, though the phenomena is controversial, “earning […]

Along with the Czech Republic, surveys show Estonia as being the least religious country of Europe. However, this does not prevent many Estonians from combining a low level of religion with a high level of beliefs in supernatural phenomena, as made clear in several papers presented by scholars from the University of Tartu at the […]

Registered as an organization in 94 countries of the world, the Buddhist group Soka Gakkai is present in most European countries, where it claimed 105,000 members in 2012 (352,000 in the USA), and probably 120,000 members today. But the movement is especially successful in Italy, where its first meetings started in the early 1960s, growing […]

The preservation of Catholic art and architecture in Brittany is generating its own kind of spirituality alongside and, in some cases, as a substitute for regular practice of the Catholic faith, writes Ellen Badone in the current issue of the journal Material Religion (March). Up until the 1980s, Brittany was among the most devout regions […] 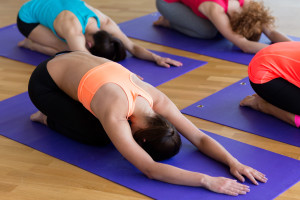 Like in the West, yoga is becoming increasingly secularized but less for reasons of personal health and wellness than to promote national greatness and unity, according to the New York Times (June 20). The newspaper reports that Indian Prime Minister Narendra Modi has inaugurated an International Day of Yoga in late June to be celebrated […]

While the Islamic State (IS) has had the most success in the Arab Islamic heartland of the Middle East, the fact that half of the world’s Muslims are in Asia has caused considerable trepidation among governments in the region, reports The Economist (June 20). The Muslims of Central Asia seem the most open to IS’s […]

The growth of “online tombs” and other memorial sites for the dead on the Internet is not necessarily replacing traditional graves in Japan, although it is changing beliefs and practices about ancestor worship, writes Fabienne Duteil-Ogata in the Heidelberg Journal of Religions on the Internet (No. 8, 2015). Since the 1990s, funeral practices have become […]

Churches in China are non-denominational, or “post-denominational,” according to official law which prohibits autonomous churches beyond the local congregation, but in reality there are new networks and emerging movements that are bringing back denominational differences, even if they are increasingly indigenous. Those are some of the findings of a chapter on Chinese post-denominationalism by Chloe […]

In the current turbulence in the Middle East comes intriguing reports that locals in a rural part of Sulaymaniyah province, as well as in other parts of Iraqi Kurdistan, have started to revive the Zoroastrian religion, a faith that had more or less disappeared from those areas for centuries, writes Alaa Latif in Niqash: Briefings […]