You are here: Home / Archives for Current Research

01: A survey from the American Bible Society finds that the percentage of those who are “Bible skeptical” is now equal to those Americans who are “Bible engaged”—both at 19 percent. Since the survey began in 2011, the Bible skeptics have risen from 10 percent to 19 percent of respondents. The survey, conducted by the Barna […]

01: Religious belief and involvement remain high for American Indians—whether in aboriginal traditions or Christian churches, and for both men and women, according to one of the largest surveys of religion among this native population. The study, published in the current issue of the Journal for the Scientific Study of Religion (Vol. 53, No. 1), […]

01: Involving young adults in leadership, innovative worship and an accepting attitude toward different lifestyles and theologies mark congregations that have effectively incorporated those in their 20s and 30s into their ranks, according to a new study. The Cooperative Congregational Studies Partnership/Faith Communities Today (FACT) study, bringing together researchers and religious leaders from 40 U.S. […] 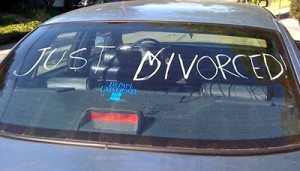 01: A new study finds that divorce is higher among religiously conservative Protestants and even drives up divorce rates for other people living around them. University of Texas at Austin professor Jennifer Glass sought to explain why divorce rates would be higher in religious states like Arkansas and Alabama — which boast the second and […]

01: Businesses based in more religious areas are less likely to experience stock price crashes resulting from not divulging bad financial news, according to a study by Jeffrey Callen of the University of Toronto and Xiaohua Fang of Georgia State University. The study, to be published in a forthcoming issue of the Journal of Financial and […] 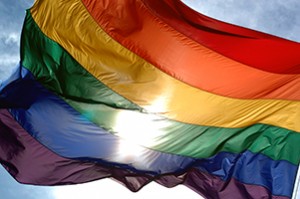 01: There is a growing acceptance of gays and minorities in congregations, and a bifurcation between very large and small congregations, according to the latest wave of the National Congregations Study. The third wave of this survey of 1,331 congregations (first conducted in 1998, then 2006-2007 and most recently 2012) was presented at the early November […]

01: U.S. college students show an almost equal division between three distinct worldviews: religious, secular and spiritual, according to the American Religious Identification Survey (ARIS) series from Trinity College in Hartford, CT. The study, done in conjunction with the secular humanist Center for Inquiry (CFI), found that 32 percent identified their worldview as religious; 32 […] 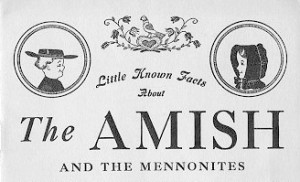 01: Young women, Baptists and other seekers who have had personal contact with Anabaptist life are most likely to join the Amish and other “plain Mennonite” groups, according to a recent study by Corey Anderson of Ohio State University. In the ARDA blog, Ahead of the Trend (Aug. 28), David Briggs reports that the study […]

01: American entrepreneurs are similar to most other Americans in terms of belief in God, religious affiliation, and religious service attendance, but they do tend to have a more personal view of God and favor places of worship that are friendly to business concerns, according to a Baylor University study. Researchers used a national random […]

01: While Christians continue to make up the largest share of legal immigrants to the U.S., a new analysis by the Pew Research Center’s Forum on Religion and Public Life estimates that there has been a decline of Christian new legal permanent residents from 68 percent in 1992 to 61 percent in 2012. During this […]