You are here: Home / Feature / Veganism as quasi-religion?
Print-friendly 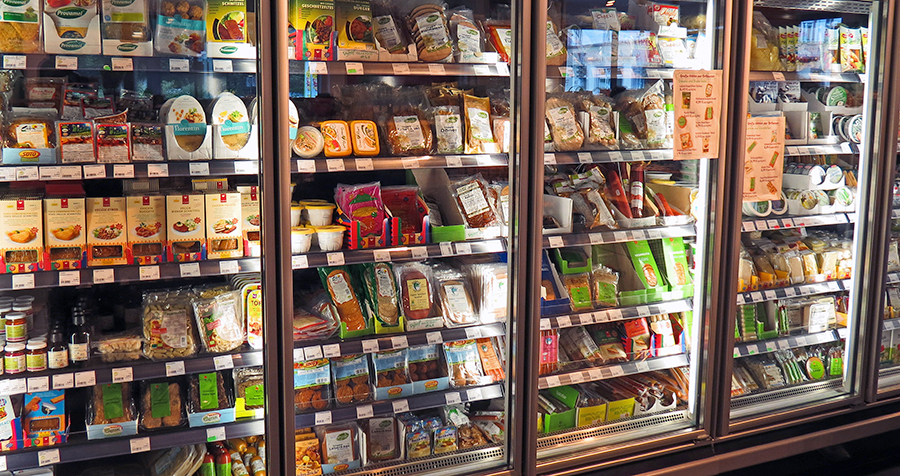 As a radical stream of vegetarianism, veganism—that refuses any product of animal origin, including eggs, milk or honey—bears many of the marks of a religious belief, writes German Protestant theologian Kai M. Funkschmidt in a two-part article in the November and December issues of Materialdienst der EZW. Funkschmidt understands veganism as a kind of substitute for religion. Veganism was born in the 1940s, with the foundation of the Vegan Society in London in 1944. Like vegetarianism, some of its promoters associated it with specific religious views. More significantly, however, it has found a home in movements concerned about the environment and animal rights. While veganism used to make up a subsection of the vegetarian movement, and remains a smaller part of vegetarianism, it is growing and now attracting wider interest (as is evidenced by the large number of books of vegan cooking). It goes beyond a small, committed milieu. Berlin has become a kind of “vegan capital” of Europe, with 36 vegan restaurants already open by 2013.

Many religions involve dietary prescriptions of all kinds, including fasting, that contribute to creating a sense of identity among followers, thus distinguishing them from others. However, with veganism—practiced either for health or for ethical reasons—dietary rules themselves come to create meaning and identity, writes Funkschmidt. Ethical vegans consider food as an issue of “right behavior”, with consequences not only for oneself, but for the world as well. Funkschmidt identifies several features of ethical veganism that come close to religion. First, an aspiration toward individual health and healing. It also includes a notion of universal salvation; thanks to veganism, the world is supposed to overcome hunger and live in peace. Conversion is another feature, with many vegans having reported the experience of a “moment of awakening”.

Then there is the claim of proposing a universally valid solution; some vegans write that it is the only way for living an ethical way of life. There is also a sense of belonging to an elite group, different from the common individual; many vegans find it difficult to interact deeply with non-vegans. Veganism also comes with a sense of a mission, or the need to share their views and to “proselytize” in order to convince others to follow the same way. Adopting veganism also raises ethical issues and a need for definitions and regulations: for instance, should one feed dogs and cats with vegan food? Funkschmidt even identifies “religion wars”, with some vegans going as far as considering non-vegan vegetarians as “murderers” due to their acceptance of products such as cow milk (referring to it as “white blood”). Such features would not lead one to define veganism as a religion, but they help create an understanding of how some worldviews fulfill similar functions and can easily become associated with a set of alternative religious beliefs.